Google Me: social upgrade, not a new service 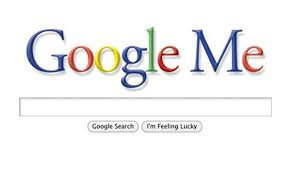 At the Google Zeitgeist conference, Eric Schmidt said that Google intends to add some social functions to existing services, and there are no plans to launch a separate standalone product to compete with Facebook.

“We are trying to take as a basis the available products and services and add a social component to them. If you think about it, it will become obvious. With your permission, knowing more about who your friends are, we will be able to provide you with more appropriate recommendations. The quality of the search will only get better. All managed to convince themselves in some way that, supposedly, a big project is being prepared, announced next week. And I can assure you that there is no big project, ”said Eric Schmidt, according to MSNBC .

Google’s CEO also added: “The best thing that can happen is if Facebook opens its database. Otherwise, there are other ways you can get this information.”

The Wall Street Journal speculates that YouTube is one of the services that will soon receive its first social functions. For example, the ability to see exactly when the video was watched by your friends will be added.

Since the launch of the Google Profiles page in 2007, Google has already added social features to services such as Google Maps, Google Reader, iGoogle, but has never come up with a single interface that included all of these features. Google Buzz - can be called one of the most important attempts to launch a social service. And companies should focus on improving Buzz, create, for example, an independent service interface for people who do not use Gmail, add more privacy settings.
')
Until users can answer the question: “Who are my friends in the Google environment?”, The company will never be able to achieve success in social networking. Are not the friends that you have in the contact list of Google Chat, or those from the Friends list in contacts, or maybe people from Google Buzz? Google ignored the ability to manage contacts for a long time and automatically added new entries to the address book when you answered new emails. The problem was solved only when Google launched the business version of Gmail, and users wanted to be able to sync their contacts. Now Google has to solve the problem of friendship, as a whole phenomenon.